skip to main | skip to sidebar

A Couple of Corrections from this issue

Oops! Your Humble Editor is blushing with all four cheeks....two corrections from the current issue of Swan and Iris....

Two: Carol's Critter Care is near Athens, GA, not Atlanta. For those of us who grew up in Michigan, it's not unlike saying Lansing is a suburb of Detroit.

And a clarification--subscribers need to send me an email at fran at the journal coach dot net (no spaces). I only take checks and cash. No plans to take Visa or PayPal at this time so I can keep my prices fair.

What We're Working on for Late Summer

Ways to use zucchini....setting up interesting interview with fascinating people...reminders of the ongoing journal workshop benefitting Gulf disaster survivors....and much more.
Posted by Fran at 1:51 PM No comments:

Hope for the Gulf: Please Join Me for a Benefit in Your Jammies Workshop 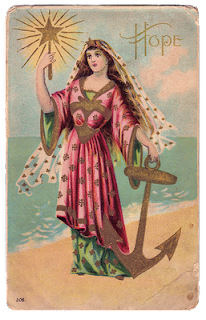 We can sit and wring our hands and wait to be saved, or we can pick ourselves up and do what we can in the meantime.
In my case, I developed a journal class to benefit three organizations down in the Gulf. You can do it at home in your jammies, and I won't tell. Just leave me a message here with your email, and I will ship you the PDF. Then you ship your love donation to the organization of your choice. Thanks!
Posted by Fran at 8:28 AM No comments:

Gentle ones, I must beg an indulgence of a few days.

As some of you may know, Orion, my furchild, crossed the Rainbow Bridge on 5/23 due to what ended up being lymphoma. I'm still struggling with getting this issue of S and I done, and I thank you for your patience.
Posted by Fran at 7:40 AM No comments:

Next Issue Due Out June 21

Hello, Gentle Readers.
Stories for this upcoming issue include
....a chat with Joe Larkin, starting a career as a standup comedian at age 70
....info about bioidentical hormone replacement
....warm weather recipes
....and whatever else the Muses gift me with.

Hope that you're enjoying your summer!
Posted by Fran at 1:13 PM No comments:

As Promised, the Contacts

Gentle Readers, as I mentioned in the last S&I, we in the Chicago area are bracing ourselves for a media monstrosity of a June. Our former governor, Rod Blagojevich, goes on trial June 3. Later in the month, Drew Peterson goes on trial  on June 16, I believe, for murder.  His third wife, Kathleen Savio, was found dead in a dry bathtub. A second autopsy determined head injuries as the cause of death. His fourth wife, Stacey Peterson, is still missing some two and a half years after her disappearance.

The latter defendant's last round with the media turned into a circus of the worst sort, descending into tabloid-esque coverage of the sordid details and a local radio station planning a contest to win a date with him. Instead of using the story as a teachable moment (what to do if you're in that situation; survivors who went on to make lives for themselves; prevention programs), the coverage cheapened and trivialized a serious social issue.

TV stations especially need to know how the viewers feel. So, for those of us in the Chicago area, here are the contacts:

This Sunday is Mother's Day. Standing Women (http://standingwomen.org ) has an event you might be interested. At 1 p.m. your time, please take five minutes to pray for the children so that they may know a peaceful, green, just world. See you then.
Posted by Fran at 8:28 AM No comments: